I don't see Notchee and Coro often these days.  They are boarded about an hour and a half away from my house, and about forty minutes from my aunt and grandmother's home in Colorado Springs.  I've been going down to stay once or twice a month, and my visits to the barn are usually a quick trip to drop off feed, give the two retirees a brush down and some goodies.  My new little pup Ruby is usually waiting in the car, and true to her hypervigilant Border Collie genes, I don't think she takes her eyes off of me, or the last place she saw me, for the entire time.

This past Sunday my quick trip turned into an extended visit - two whole hours, like the old days - and it could not have been more perfect and needed on a gorgeous sunny afternoon, the last of which we may see for a while as temperatures in Colorado are plummeting to the teens for highs the rest of the week.

Notchee and Coro have settled in wonderfully - I needn't have worried that their quality of life would be compromised by this move.  They are absolutely doted on by their caretakers - I found laminated info cards with pictures in their grain bin - all of their medical information and "do not tie under any circumstances" in bold letters on Coro's card.  A great idea, and one that gives me peace of mind that they are well taken care of now that I am a somewhat absentee owner.  Notchee has been adopted by a granddaughter, and there are rumors of playing dress-up as an Indian Princess Pony (these rumors have been substantiated with photographs).

I do miss riding regularly, and I was determined to hop on my boy this time.  I hadn't even completely unpacked since we moved, so it took some time to gather all the grooming supplies and tack, and I realized after I hauled his saddle to the fence that I was missing a girth.  I considered my options.  Bareback?  For the first time in the new place and the first time in over three months?  Well, sure.  I brushed my fuzzy boy off and buckled on his bareback pad (in distinguished "Smoking Jacket Maroon" as my friend Anna calls it).  I took a couple deep breaths before attempting my first awkward launch onto his back, and Coro (predictably) snorted and spun away.  What did I think I was doing - did I not see his AARE card? I patted him and tried again, and he lowered his head and stood still.  He seemed relieved as I settled into place on his back, and we proceeded to enjoy a leisurely plod around his new digs with Notchee following along behind.  The sun shone, the chickens chattered, a smile crept across my face.  In this season of gratitude, I was glad my girth had gone missing, glad to be ambling the fenceline on the plains with my old friend.
Posted by Lara Elizabeth at 9:26 AM 2 comments:

I've started a second blog devoted to my new dog, I hope all of you will follow along!

Summer's road has been an emotionally arduous one, with more goodbyes than I care to say in one season.

Life has taken unseen turns that brought me from entirely equine focused this time last year, to a new spark leading me, perhaps herding me down a different path.  My retired horses are being moved again, farther away but near to family and friends.  While this change was not by choice, I think it will reveal its own unexpected opportunity and new experiences.

Dani sold on July 3rd, one day shy of my one year anniversary with her.  It was without a doubt the right choice for us, and I hope she and her new owner will be partners for a long time, even, greedily, forever.

Not long after that, I lost my two old dogs within ten days of each other, both to neurological issues.  Lasya, my 14 year old Chow/Shepherd mix had been declining slowly over time with spinal cord degeneration, her joys and abilities becoming incrementally fewer, and cruelly Freya, my previously healthy 14 year old Norwegian Elkhound became partially paralyzed literally overnight.  She was hospitalized four days, sent home with chance of improvement, and ultimately relapsed in terrible and obvious pain with a probable spinal tumor.  In between despair and hope for Freya, Lasya collapsed for what I knew was the last time.

They were my first dogs of my own, with me through career change, marriage, divorce and many moves in two states.  Constant companions during trips to a family home which is no longer, wolfish leaders on countless miles of path and road all over the Front Range of Colorado, city and country.  They were yin and yang: Lasya calm, protective, fiercely independent; Freya clownish, affectionate and endearingly needy.  They both took their last breaths in their own home, surrounded by love - a choice I felt both grateful to have and reluctant to bear the weighty responsibility of.  At the darkest moment I thought "never again..." but as the hair was swept away (double double coats), as sympathy cards arrived, as the decided lack of clicking toenails on the floor made the clocks' tick unbearably loud, as my hand found no familiar dog skull to rest on and the empty place next to my bed seemed to spread like a dark shadow through the house, as I picked up the first tin of heavy-but-not-heavy-enough ashes, I realized that living without a dog was impossible.  Like horses, they are a part of my past, present and future. 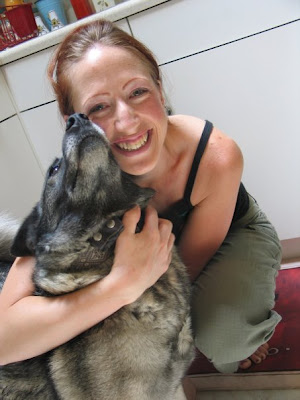 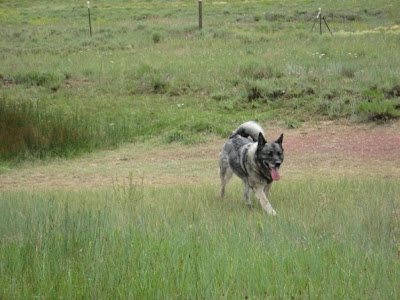 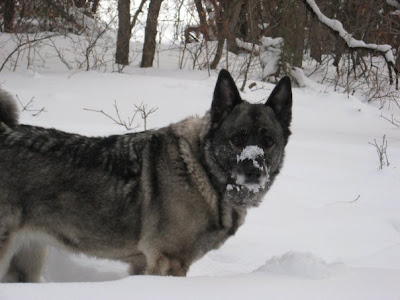 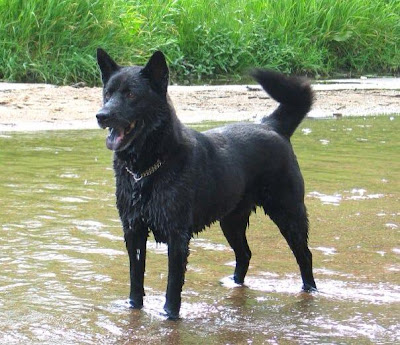 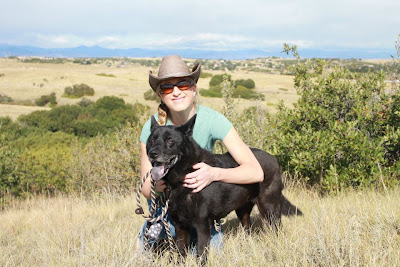 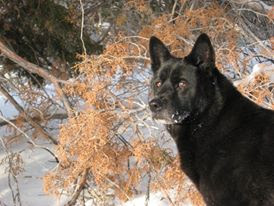 I began to peruse Petfinder - only a rescue would do - and a face would not leave my mind.  A sweet, intelligent, potential-for-trouble face.  An application was submitted, an interview was conducted, a meeting was arranged, and one week later I welcomed Ruby Pearl, who came all the way from a high-kill shelter in Arkansas, into my home.  She is a little ten-month-old, fifteen pound firecracker, a herding terrier mutt with DNA-confirmed Jack Russell and Border Collie relatives as well as a mishmash of other unidentified breeds.  She is astonishingly smart and boundlessly energetic.  She is what my mother called a "stick-tight" dog and I will never wonder where she is.  We have already begun our travels and adventures together.  She reminds me every day of things that I loved and miss about Freya and Lasya, her ghost pack, who taught me much of what I know about dogs and allow me to love another.  She is showing me how to play and how to teach her.  She is exactly what I needed. 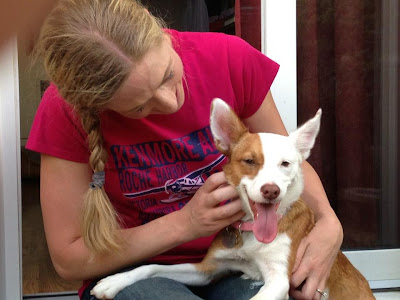 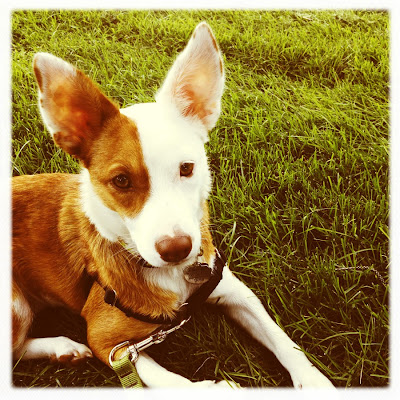 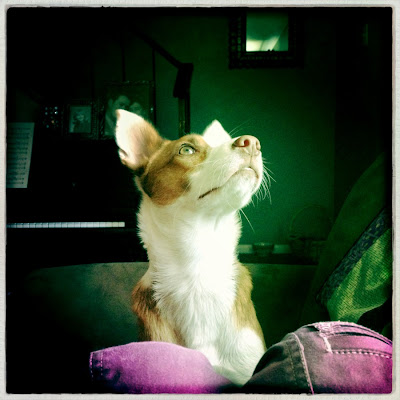