My saddle search for Dani continues...despite chiropractic adjustments she still just isn't comfortable in the Albion.  I'm taking a big chance on a Thorowgood synthetic like I used to have for Coro off of eBay - that saddle lasted me fifteen years, two barn jobs and many, many horses.  It's in the mail and in the meantime, we're bareback, which is how I started riding in the first place, when I was too scrawny to hoist our old Western saddle onto my chestnut pony's back, let alone tighten the cinch.  That was one of the main reasons I got my heart set on English riding, though growing up in cattle country there was not an instructor for miles around and that kind of saddle was known as a "peanut shell." That didn't deter me: I watched Gem Twist in the Budweiser Grand Prix and thought that was my destiny.  Tinker had other ideas - she saw no reason to jump the little PVC obstacles that my dad fashioned when she could simply plow straight through them.  Coro's enthusiasm for jumping was at the opposite end of the spectrum - I used to be able to tell him "jump!" over hay rows and shadows and he would spring over with feet to spare, and he would canter his own course while turned out if the jumps were set up in the pasture. The boy loves being airborne.

Before the first English saddle and before Coro, however, there were years of minimalism.  No saddle, no pad, no helmet (!) and sometimes even no shoes (I would abandon my laceless Keds on a tree stump once out of my mom's sight), Tinker and I cantered meadows, raced country roads, hopped streams and played circus (I used to both kneel and stand on her back) through the summer days, and I would walk back to the house with the tell-tale patch of dirt, sweat and hair on my pantseat. If I was bare-legged my mom would have to hose me off before I came inside, like a farm dog that had rolled in something unsavory. 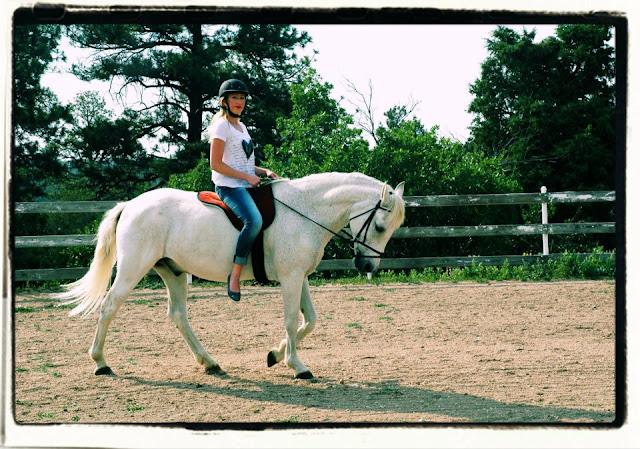 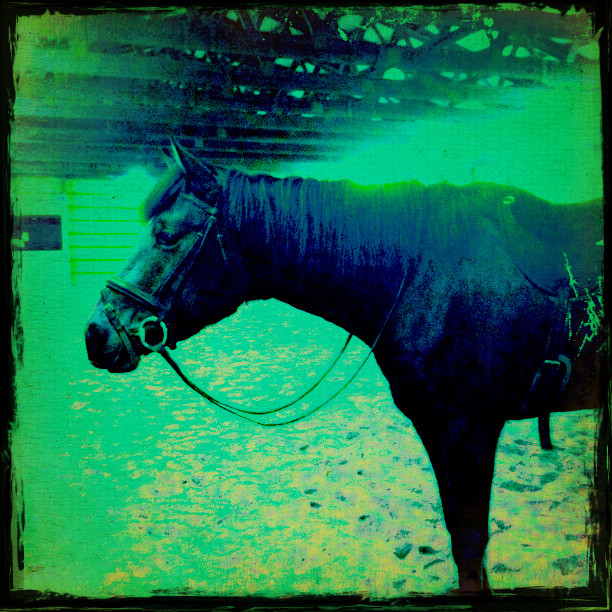 Posted by Lara Elizabeth at 8:04 AM